These are the hands of our little Baby Z when he first arrived in our home. 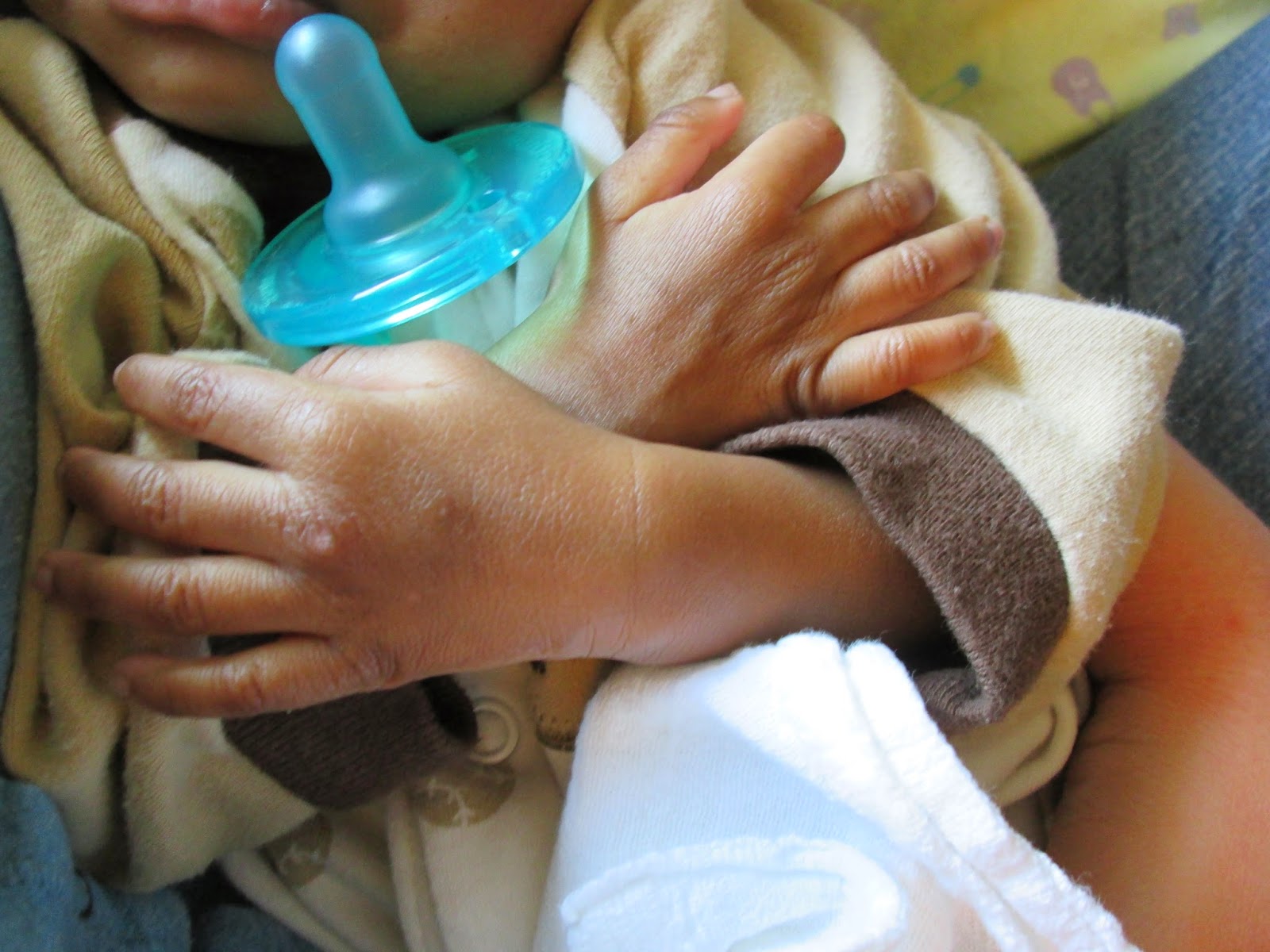 He often clenched them tightly together, a little to one side. Changing him or swaddling him was quite the chore. His little muscles were so tense and he held on to his own hands so tightly. And that paci? He was desperate for that. He had been in the hospital for two weeks and a day when we picked him up. His nurses and case workers were so wonderful and loving, but they were, by necessity, in and out of his life. We assumed that his paci had been his one, most consistent "friend" during those two weeks. Little Z weighed in at a little over 8 pounds when he joined us, even though he was almost 4 months old.

In two weeks:
- We fed him every three hours - or often even more frequently.
- He learned how to ask for food when hungry, and that his needs would be responded to.
- He became less desperate for the paci. In fact, when he was full, he would sleep without it! (Versus the first night, where he woke up every time it fell out.)
- He still loved holding his hands, but his whole body seemed to relax. He smiled. He snuggled. He managed to hold toys. He enjoyed being swaddled and let it happen without struggle.
- He gained over a pound!
- He started smiling at us, snuggling with us, and "talking" to us as if we were Mommy, Daddy, and Big Brother.
- We were part of getting him onto a formula that worked better for his system so he was in less pain and able to eat more.

Two weeks is a long time, especially when you're only 4 months old. Little Z was with us as long as he was in the hospital, and I hope that in that time we were able to make as much of a difference as the hospital had made for him. He grew. He started acting more like a 4-month-old and less like a newborn. He learned to form strong attachments. (And I have every confidence that he will attach again in his new family. He is so very sweet and loving.)

And most importantly - He learned that, in our home, his needs were always met, he was loved and wanted, and his tummy was never empty. 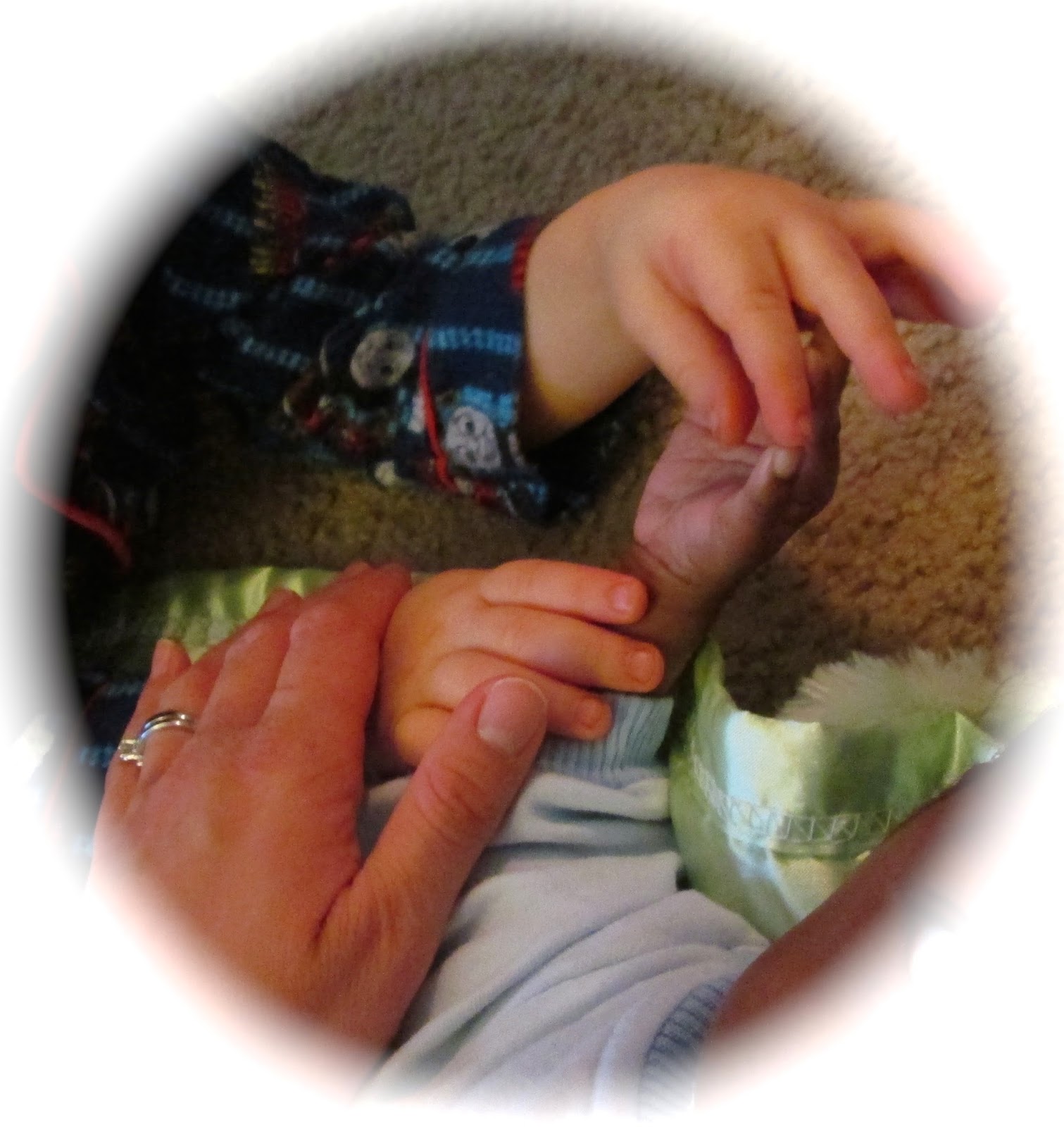 We love the idea of foster care. Admittedly, we also desire to grow our family in a permanent way through foster care by eventually adopting. It can be easy to start to think of foster care placements as successes or failures based on the length of stay for each child. But Z's amazing progress in two weeks was worth every bit of love and attention we gave him, and every bit of pain and mourning that we are experiencing now. He is no less deserving because he wasn't here forever, and we're glad he became a forever "little brother" in our hearts. He only needed us for two weeks, but his need in that time was great. And we were so glad to be able to be the hands and feet of Jesus to this precious little one.
Posted by Heather

Amen! Thank you for sharing your story. Your mature perspective is humbling and refreshing. I pray that God would honor you for the honor you show him by living as Christ.